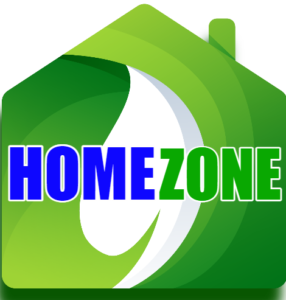 Problem odors aren’t often noticeable by the homeowner, rather, a neighbor or guest is usually left wondering, “what is that smell?” Pet, mold or mildew, smoking, and cooking odors can sometimes be masked with plug-ins and sprays, but typically, they end up being a continual embarrassment for you and your family. Standard cleaning methods are generally not effective in neutralizing odor, because they can’t get at the source, which is often hidden.

Odors from smoking, bacteria’s, viruses, cooking, pets, mold or mildew are all safely eliminated with our “green technology” which will also eradicate biological pollutants, dust mites, allergens, and volatile organic compounds. Plus, there are no chemical residues left behind, because ozone converts back to clean breathable oxygen after the treatment.

​Problem: Odors come from either chemical or biological sources and can be very difficult to eliminate. Most odor causing materials generally contain similar or common types of odor causing molecules, for example, skatoles, indoles, dimethyl disulfide, amines, and ammonia. This odor causing molecules can travel through the air to activate the olfactory senses. But because these molecules are often hidden, standard cleaning methods and chemicals are incapable of neutralizing them, and so the odors persist.

​Solution: Nature eliminates odor causing molecules and chemicals by slowly combining them with oxygen from the air. This process is called oxidation. One of nature’s most powerful oxidants is ozone, a reactive gas that will oxidize the odor molecules, thus destroying odors at their source. And because it is a gas, ozone can reach anywhere air currents travel, finding the hidden odor molecules. Additionally, ozone is very safe when shock treatments are conducted in unoccupied spaces, because it converts back into clean breathable oxygen after the treatment, leaving no chemical residue behind. Ozone is currently being used to treat the food we eat and the water we drink.

​Note: The current strategy used by homeowners to eliminate odors, (plug-ins and sprays), are not only ineffective (because they just mask the odors), but they release harmful chemicals into the indoor environment. Many of these compounds are especially dangerous to young children and the elderly.

Read more about Shock Treatments for your home or business